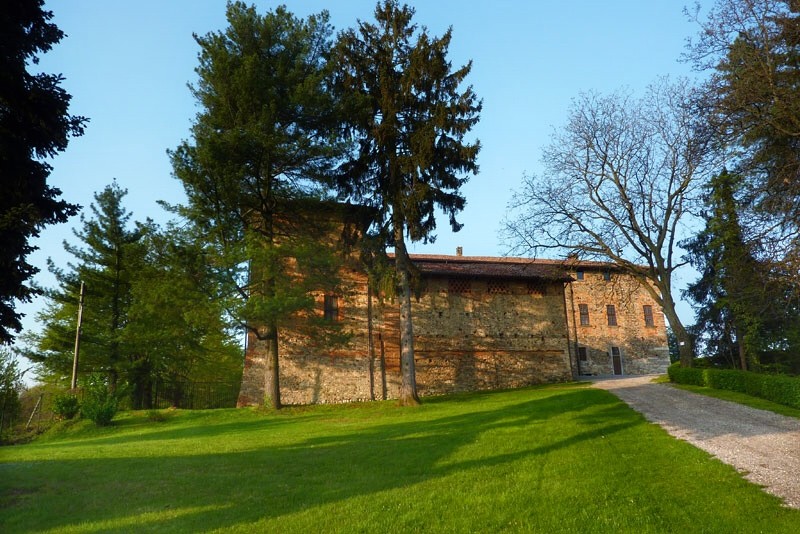 The construction of the Jerago Castle dates back to the early thirteenth century and the events that were consumed within its walls are mostly related to the family of Visconti of Jerago. Like most of the medieval manor the Jerago Castle was built for defense and it was part of the defensive north line of the Duchy of Milan.
The feud was assigned in 1248 by Ottone Visconti, archbishop of Milan to his brother Gaspare and his nephew Pietro.
In 1402 the Castle was attacked by enemies of the Visconti. Several members of the family of Visconti of Jerago fulfill important roles in the civil administration of the Duchy. Antonia married the captain Carmagnola, whose story inspired the tragedy of Alessandro Manzoni. Elizabetta married Cicco Simonetta, famous ducal secretary of the Sforza family at that time.
The Castle was the scene of clashes at the time of the struggles in the Gallarate area between Spain and France.
The Visconti family of Jerago became extinct with the death of Antonio in 1751. At the end of the eighteenth century, the fortress was transformed into a residence: the windows on the south side of the castle were opened and were built two garden terraces as you can see today.
Before arriving at the Castle, on the left, you can see a Romanesque little church: San Giacomo Church.
The interior contains traces of frescoes dating from different periods. In two niches into the wall you can admire a fresco painted dry probably dating back to the ninth century.
The church is dedicated to San Giacomo because it was part of the stages of the pilgrims on their way to Santiago de Compostella. For this reason, the walls were decorated with frescoes of the life of San Giacomo.


In order to ensure the high standards required, the selection criteria adopted by the Certification Commission are very strict and also include:

Castello di Jerago has successfully passed the 100 Quality Controls established by the "Certification Protocol of Historic Houses of Excellence" and is properly certified by the ITALIAN REGISTRY OF THE HISTORIC HOUSES OF EXCELLENCE.

END_OF_DOCUMENT_TOKEN_TO_BE_REPLACED

The real secret for a memorable wedding